An introduction to yoga and its relevance to modern living!

* You will receive the latest news and updates on your favorite celebrities!

By now, all of us have heard about yoga given its widespread global appeal and adoption. If we don’t practice ourselves, we might know someone that does. It is that mainstream! So, what exactly is yoga? Yoga is an ancient Indian science for healthy and harmonious living that can be incorporated seamlessly into everyday life. The word “yoga” originates from Sanskrit; it means union, a union of the mind, body, and soul. Yoga comprises of physical postures (called asanas), breathing practices (called pranayama) and meditation techniques. It is a self-development practice that enables us to connect and commune with our true selves. Yogic practice is instrumental in harmonizing bodily functions, aligning energy structures and unblocking everything that is mentally and emotionally repressed. This allows us to heal, purify and strengthen ourselves. Sounds profound, doesn’t it? The good news is that it is very accessible and absolutely anyone can practice it!

Yoga originated from Northern India and has existed for more than 5,000 years. Possibly longer, but we can’t be sure. For centuries, it was passed along from one generation to another in oral form. A written mention of yoga can be found in ancient Indian scriptures called vedas but the first comprehensive book on the topic was “Yoga Sutra” written by Patanjali around 200 BC. Patanjali elaborated on and codified the discipline of living the life of a yogi i.e. one of meaning and purpose. Since then, there have been several schools of yoga including Hatha, Ashtanga, Kundalini, Vinyasa among others. Yoga reached and became popular in the west in the 19th century. I guess it gave a spiritual foundation for holistic health especially due to societal changes in the 1960s and the 1970s. The internet has also helped expedite yogic adoption. Today, there are millions of people practicing yoga in the west. This mystical practice has remained relevant to this day!

“Yoga does not just change the way we see things, it transforms the person who sees.” ― B.K.S Iyengar, Founder of Iyengar Yoga

Today’s lifestyle is fast, euphoric, and stressful. Yoga helps us to stop and listen to our body, to harmonize it with our mind & soul. It enables us to stay calm, balanced and centred. It has numerous benefits and successfully combats the many stresses that people in the 21st century encounter on a daily basis. I am listing a few below based on my own experiences as an instructor over the last 10 years:

I would highly recommend that if you want to improve your holistic well-being and quality of life, you should start practising yoga. Even 20 minutes a day will make a significant difference. In my humble opinion, it is a profound journey filled with new sensations, joy and awakenings. You will feel the positive effects almost immediately in most cases, and you won’t ever want to stop practicing! Yoga is for anyone who wants to do something good for themselves. When, in addition to practicing yoga, we start practicing yoga in everyday life, we have gone a step further. With greater awareness, we will better understand ourselves and others, and we will begin to distinguish what brings us true fulfillment and what keeps us away from it. Regular yoga practice brings inner harmony and peace whilst improving our overall health. And who doesn’t want that, in this day and age?

I hope this article has given you a useful introduction to the foundation, origins and benefits of yoga. I hope to elaborate more on yogic concepts and address specific ailments in subsequent blogs. Please share your feedback in the comments section below. Stay healthy… Deep breath! 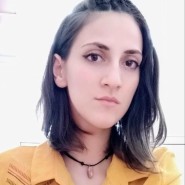 Marina is a yoga enthusiast based in Macedonia. She is deeply passionate about yoga and has developed her expertise by practising regularly for the last 10 years. She also holds a Master's degree in Legal Sciences, specialising in Business law. Marina has a great zest for life and enjoys gardening, cycling, painting, reading and spending time with loved ones!

The Fundamentals of Pranayama

An Ayurvedic Guide to Manage Anxiety

The Fundamentals of Pranayama

An Ayurvedic Guide to Manage Anxiety